First things first: I overdressed for the occasion. Didn’t need to have the scarf, beret and the 3/4 coat for the 55 degree temperature this evening. I was eyeing the overnight weather reports that threatened high winds.      Nevertheless I did it there and back with very little wear and tear.
North Star Bar sits alone, almost lonely in the Fairmount section of Philly, with a modest crowded bar space, leading to a separate area with tables and chairs plus the requisite HD TV…and then the main room with lots of room to dance around in. Great visibility tho it’s best to be about 12 feet or closer to the stage for optimal viewing.   There’s also the upstairs balcony where you’re about 15 feet up and you need to be at the banister to really see everything. It’s as if you’re looking down at a recording studio in full dress rehearsal.

First up was Milhouse, a  Delaware County 3-piece rock band The band’s  songs rock hard, with some socio-political commentary inside the lyrics.   They jammed a bit during some of the songs, and the chemistry seemed just fine considering it was their first time at a venue of The North Star’s caliber.   The bassist/lead singer busted 2 strings during the 40-minute set.

Richie Allen & The Midvale 9 are a new band in Philly, making the rounds at open-mics and presented a full showcase set for just the 2nd time in their history.  They bring elements of 60’s. folk-rock and country into their songwriting.  One highlight was a Neil Young & Crazy Horse cover “Cortez The Killer”.   I recognized members of Song Dogs & The Nightjar in the audience, a band with a similar sound and approach to music. Richie is recording a solo album with the help of the band, and meanwhile has gigs with the band on 2/4 at The Grape Room, and an appearance at a songwriter festival in Cape May NJ at the end of March. 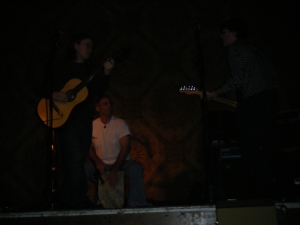 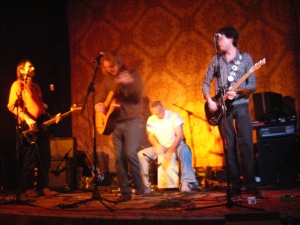 The Timid Roosevelts are  Jamie Parker (drums) , Bobbie Parker (lead vox, bass) and Ricky Lorenzo (guitar). They are a Bordentown NJ  band who suggested influences of The Pixies and Rilo Kiley in their music. They inserted a Pixies cover “Where Is My Mind” into one of their songs.  At times, Ricky would play with his console and produce some bleeps, blips and other electronic squelches.  In fact, he seems most animated of the three on stage.  Bobbie had a feminine doll cardboard prop in front of her, suggesting a contrast to her sharp vocal hooks and laced boots.   The band is almost set to release a new album. They provided free 3-song demos during the event. 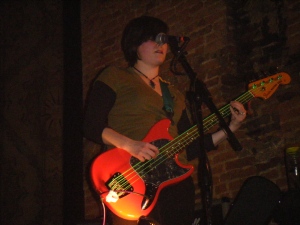 Nova Scotia’s The Trews, with an impressive  list of indie music awards (not to mention multiple Juno nominations) and memorable tours (sharing bills with the Rolling Stones, Robert Plant, et al.), played Philadelphia for the first time.  They are in the midst of a Northeast US tour, and will head back across their border for more shows close to home before heading to UK in February.    This band, 10 years in, continues to develop a strong buzz over their music, and especially so with “Hope & Ruin”.  Like other Canadian bands I’ve seen, they keep their eg0  on the stage and remove much of that when off it and out in the public.   In fact, the last band I saw that rocked this well, this authentic in the area of roots-rock might have been Matt Mays & El Torpedo.  They churned through 3 songs, before playing a few of their newer songs, along with my favorite “Love Is The Real Thing”.   One song, “Highway Of Heroes ” they dedicated to  Nichola Goddard, a schoolmate of John-Angus and Colin MacDonald. Nichola was  the first female combat soldier to die in the line of duty during the Afghanistan war.   The song is rather moving and yet rocks out at the same time.  I understand that the recorded single, which was a big seller soon after “Hope & Ruin* also includes, properly, a pipe band.   No pipe band in Philly, tho; this was just the 4 guys tearing it up and having a great time  doing so.  VIDEO of the third song in the set here. Anyone know the title? 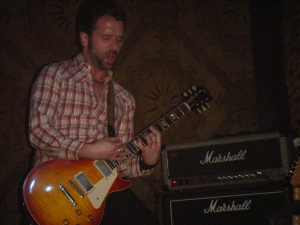 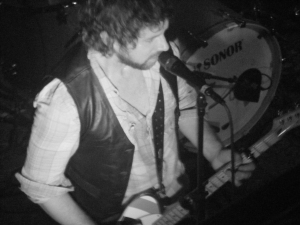