A modest audience was in place to see 5 solid rock acts at The Legendary Dobbs on Thursday. Upon invite from Ted Bunch of Theopolis James, I came early to see the opener and stick around for everyone else.
Kiernan McMullan, on tour out of Nashville, was that opener, playing with a fair amount of loops, a high emotive voice, and a beautiful cherry red guitar. His performance style was rather quiet and reflective. I recall one song referencing a man who never traveled outside his home state. His album Two Years, released earlier in the year, speaks to a concept regarding the very nature of life on the road, as if you were watching a documentary unfolding on disc (or download, if you prefer). 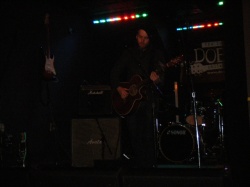 Theopolis James did the rock thing all over the stage, playing all the songs from their album “A Different Kind Of Evil” plus one new song. Just about everyone attending loved the grooves, and the vocals. Johnny Zero, a friend and bandmate of Ted’s in a side project of the latter, was in attendance, and, like myself, was around for just about the entire night. He was situated at front at times enjoying the action on stage. 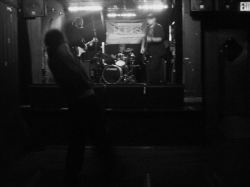 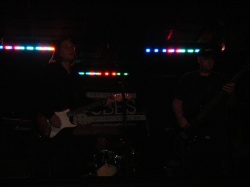 VIDEO of Theopolis James
4th Line Revolutionary played a somewhat shorter set than the others….or maybe they just played a lot of short, punky songs? They have just started performing this summer, very animated on stage, and some excellent modern rock. They are quite busy invading the Delaware Valley with a sound that may remind one of late 80’s-early 90’s punk-pop. Their logo evokes The Ramones’s classic coat-of-arms logo, tho with a turkey in focus. Hmmmm 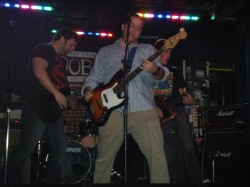 Leiana fronts a 4-piece band on twin lead guitars, bass, drums. They all sport punk looks and serious hard rock chops from each member. This is a relatively new lineup for Leiana,who recently added Julia T on bass and Sean Bombz on guitar. I feel like I’ve seen them all on stage before in other bands around the city. The songs are edgy, a bit more so than I remember them from what I heard on their Reverbnation page. My favorite song of theirs, which I believe they did play, is “Love Don’t Matter”, which should be required listening for fans of Joan Jett. 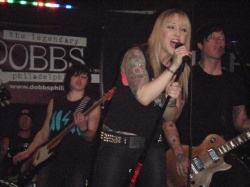 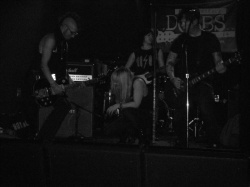 Closing the event were indie-rock band Terrible Friends (South Jersey), with vocalist Vin Dammann wearing an Atlantic City cap for much of the show, and some sort of message on t-shirt. He gestures on stage with his strumming hand at times in each verse. I love the tone from lead guitarist Rich Ealer’s instrument; I’m told it’s a Schechter. At times their sound recalled more of those 90’s rock grooves, especially from shoegazers like Ride. Funny coincidence here: The band covered a Ryan Adams tune. Earlier in the night, there was another Ryan Adams cover, which I believe Kiernan did. 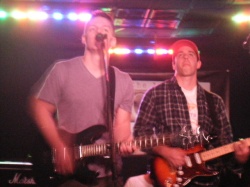 Someone else who played on South Street: 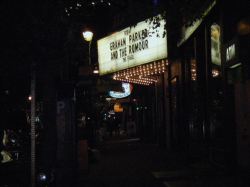 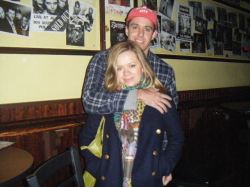 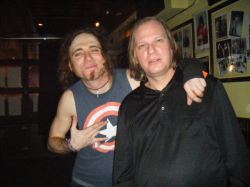