Friday night’s show at The Clubhouse in South Philly was a departure from host Ryan Tennis‘s fare. In most of his house concerts, Ryan’s Clubhouse band does a set, then there are 1 or 2 featured acts, then there is a jam afterward with whoever’s on hand. For this edition, there were many more performers and much more jamming. A number of artists had performed at FDR Park earlier in the day, a series hosted by The Reverend TJ McGlinchey and Dani Mari (who performed a short set themselves). Ryan and friends performed a few originals (“17 Years” notably) and some covers.  Checking in from Grand Rapids, MI were The Wallace Collective, who had performed at Milkboy Coffee beforehand. Just about everyone else were local. Outside of Griz and Kevin Killen, I don’t recall other artists who performed, but it was a fun experience that started around 10pm and lasted until about 230am. 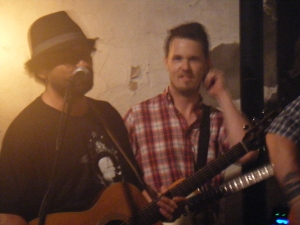 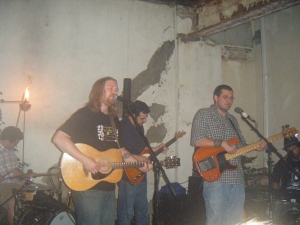